Belfast Chamber of Trade and Commerce has welcomed Michelle Greeves, Manager at Victoria Square, as their new President for 2017. Michelle takes over the from outgoing president, Gordon McElroy, Director of MKB Law.

In his hand-over speech at the Chamber’s AGM in the Europa Hotel, outgoing President Gordon McElroy, remarked: “This year as President has been one of the most exciting, rewarding and busy of my career.”

Gordon noted that the highlight of his Presidency was the launch of the Belfast Manifesto which took place at the Long Gallery in Stormont in September 2016. The manifesto set out plans for the immediate future, but also served as a blueprint for Belfast for the next 10 years, with the simple but effective tagline: Put Belfast First. Find out more about the manifesto here.

He also faced many unexpected challenges during his time as President, specifically the shock Brexit vote and the collapse of the NI Executive. Despite these challenges, Gordon said that we should all look for the benefits which Brexit will bring, and work more closely with Dublin to further open the Irish corridor and explore further business opportunities.

New President, Michelle Greeves, began by expressing the immense sense of pride, passion and commitment she looked forward to bringing to the role. She also paid tribute to Gordon and the work that he and the Executive Council members had carried out over recent years. In her inauguration speech she highlighted her plans for the year ahead; with specific focus on what we can achieve and can influence, and to pull together as the leading lobbying group and voice of the business community of Belfast.

Michelle concluded that in the climate of change which we all face, that we must focus on the opportunities and maximise them to the best of Belfast’s benefit. 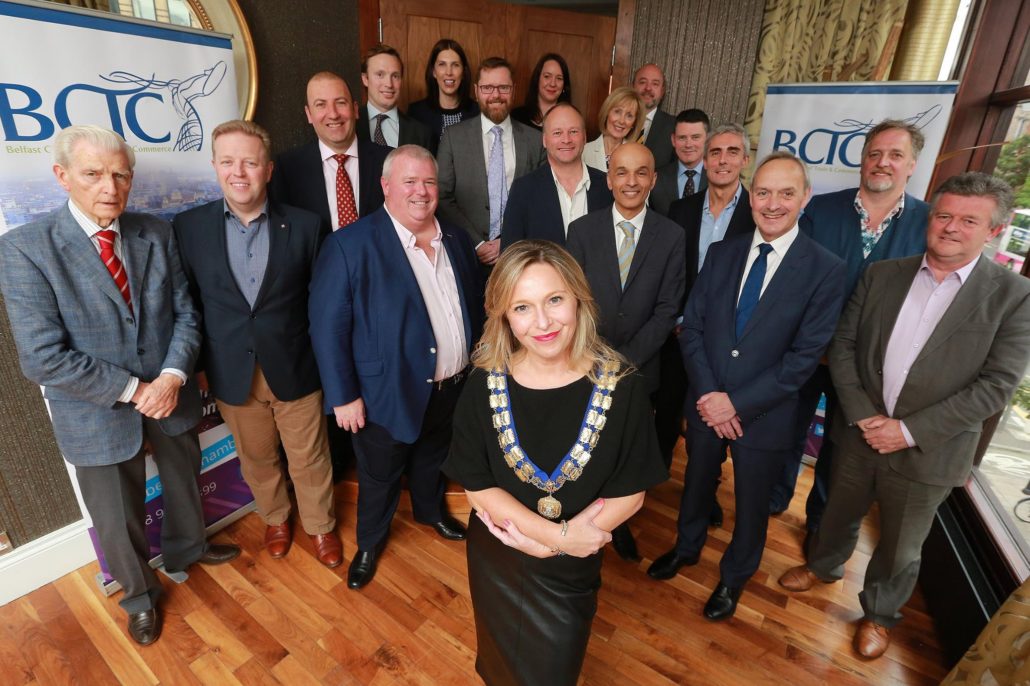