Having announced our partnership with Action Mental Health in December 2018 (kicking things off with the ever-popular ‘Christmas Jumper Day’) our next fundraising event was to be a bit more adventurous… a charity abseil!

Belfast Castle was the location for the abseil which took place on Sunday 24 February. Hosted by Bryson LaganSports, the abseil featured participants in support of other charities including Nexus NI, Cancer Focus NI and Autism NI.

MKB Law’s Marketing Executive, Kym Horner, and Administrative Assistant, Rachel Moreland, signed up for the event. Both novices and both anxious with heights, the pair bravely took on the challenge!

Despite news articles claiming that it was to be the warmest weekend on record for February, it was a cold and foggy Sunday up at Cave Hill. The usual panoramic views across Belfast were hidden in the mist – perhaps a good thing for those with mild Acrophobia!

The Action Mental Health abseil group took their places at the top of the tower shortly before 4pm. Kym was first to go over the top, followed by Rachel. As expected, both ladies successfully abseiled the 100 foot tower down to the Castle gardens!

Kym comments: “This was our first activity-based fundraiser for Action Mental Health, and despite some shaky legs, it was an enjoyable and worthwhile experience! It was great to see so many other people also taking part in the abseil, supporting various local charities. Big thanks for the team at Action Mental Health and Bryson LaganSports for all their help and support on the day.”

Kym and Rachel, through their abseil, have raised a fantastic £225 for Action Metal Health! Check out some of the images below.

If you would like to support our charity endeavours for Action Mental Health please visit our JustGiving page. 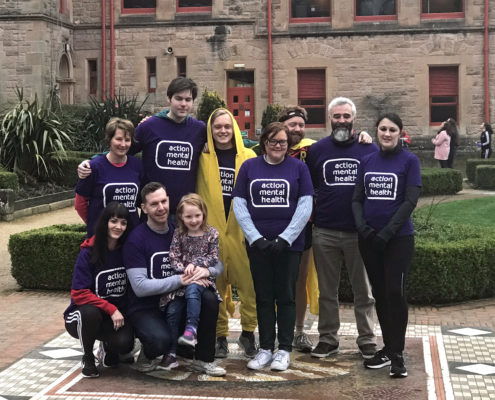 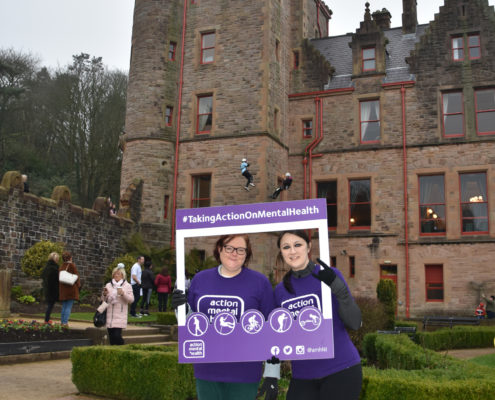 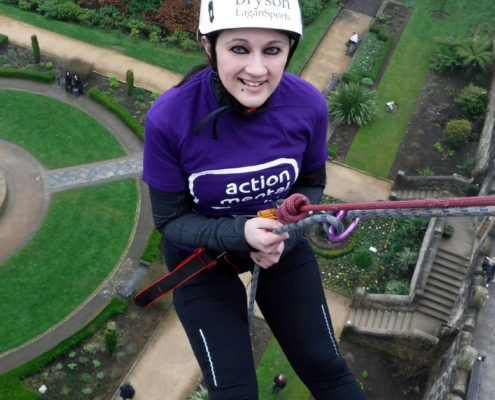 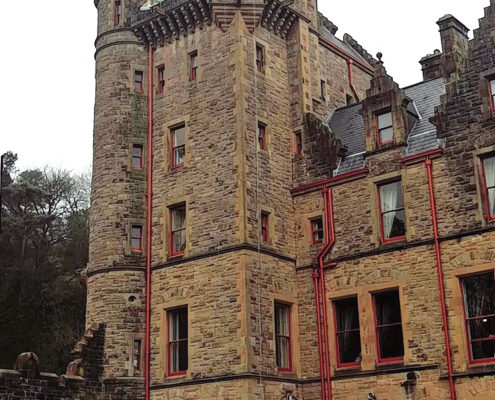 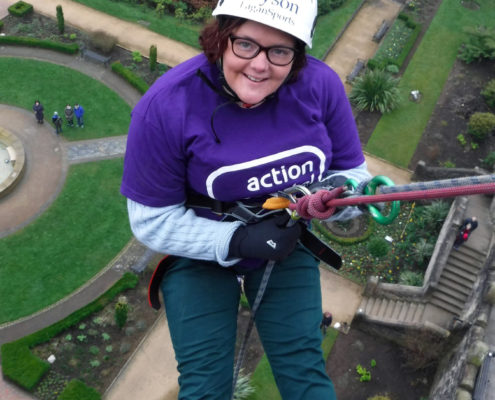 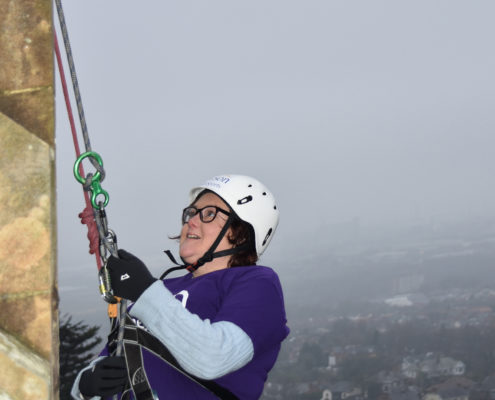