An Irish High Court has recently ruled against a vulture fund who sought mortgage repayments paid from child benefits.

A part-time firefighter from Co.Offaly, whose mortgage was acquired by Promontoria, faced overall debts of €174,000. Promontoria contended that child benefit payments for his three children should be considered as ‘reasonable living expenes’ thereby facilitating higher mortgage repayments.

Representatives on behalf of the firefighter argued that child benefits should not be considered when calculating what debtors can afford to pay. The Irish High Court agreed and overruled Promontoria’s objections, approving a €75,000 write-down on his debts and thereby avoiding bankruptcy.

Many banks, brokers and other financial organisations have transferred their debt to third party institutions and vulture funds. This had left many individuals and busuinesses throughout Ireland in critical financial positions.

How We Can Help…

MKB Law Solicitors have successfully assisted many individual and business clients in Belfast and Northern Ireland whose debt has been transferred to Promontoria or other vulture funds.

If you find yourself in a similar situation and have had proceedings served against you, please contact David McAlinden, Director and Head of Debt, to discuss how MKB Law can help you. 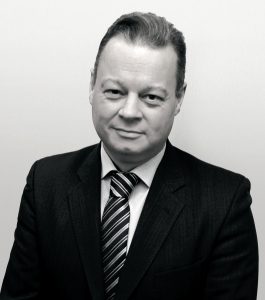